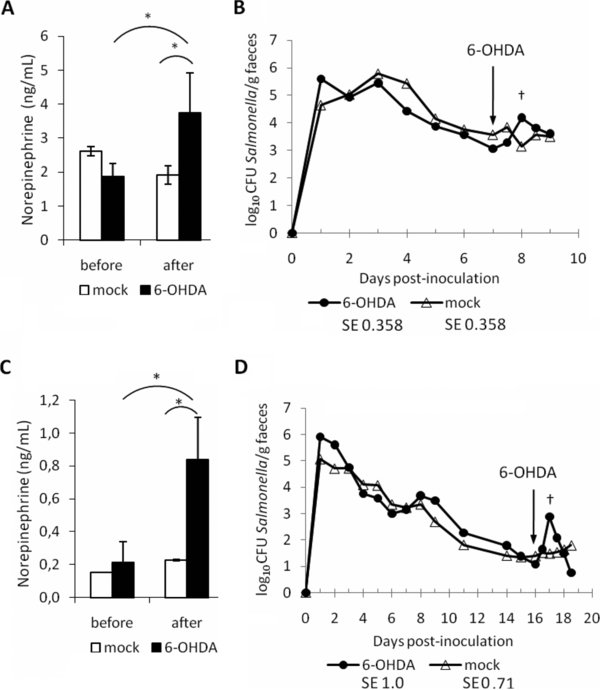 Intravenous administration of 6-OHDA to pigs increases plasma NE levels and faecal excretion of Salmonella Typhimurium. Plasma NE (ng/mL) was quantified by ELISA immediately before and 1 h after treatment with a total of 40 mg/kg 6-OHDA or diluent 7 days post-inoculation with ST4/74 nalR (panel A) or 16 days post-inoculation (panel C). The impact of treatment on the course of faecal excretion is shown for pigs treated at 7 and 16 days post-inoculation in panels B and D, respectively. Values shown are the least square means (LSM) ± standard error (SE) of the LSM. p values ≤ 0.05 are marked with an asterisk. † denotes significant differences in the 6-OHDA group relative to pre-treatment samples.