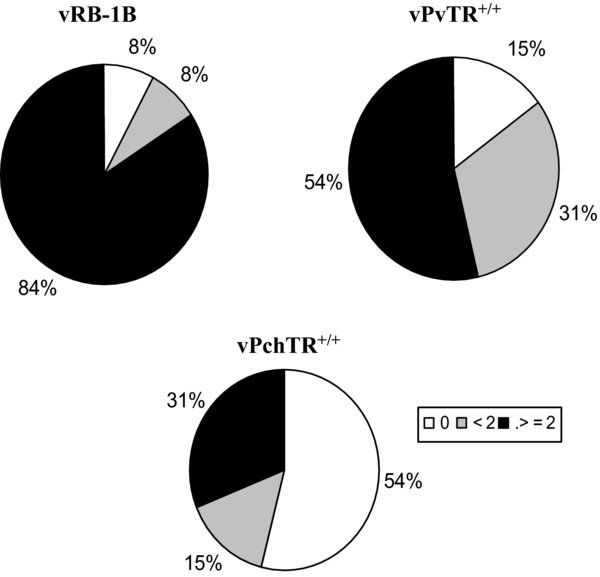 Mutant virus harboring two copies of the chTR promoter is attenuated. Animals were inoculated subcutaneously with 1 000 PFU of either vRB-1B, vPchTR+/+ or vPvTR+/+. During the course of the experiment, moribund birds were sacrificed and necropsied. At the end of the experiment (8 weeks p.i.), surviving birds were also necropsied and evaluated for MD. Morbidity and lymphoma incidences were recorded. Lymphomas induced by mutant viruses harboring two copies of the chTR promoter showed an altered dissemination pattern within individual chickens. The values correspond to the percentage of birds infected with the indicated viruses, which failed to develop lymphoma (0), in which less than (< 2) or equal to or more than two sites of lymphoma manifestation (greater or equal to 2) were observed.