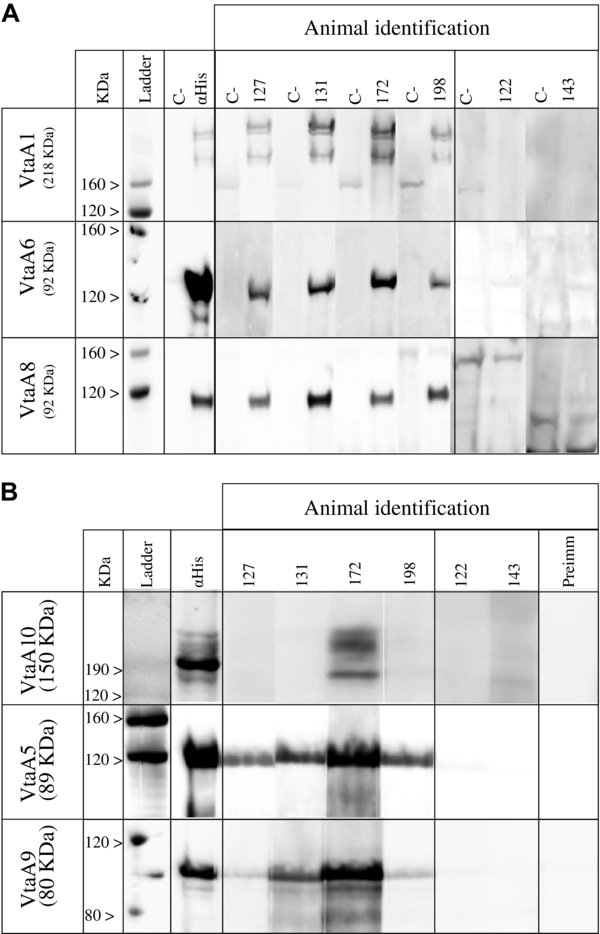 Immunoblot screening for the presence of IgG toward recombinant VtaA passenger domains. Sera from animals undergoing a subclinical infection (127, 131, 172 and 198) or bacterin immunization (122, 143) at 42 dpt were tested by immunoblotting for the presence of specific IgG against VtaA passenger domains; an example for each positive VtaA is given. The in silico calculated sizes of the Vta-reactive material are indicated in column 1. Molecular weight standards are on the left of the figure. (A) For VtaA1, VtaA6 and VtaA8 a lysate of recombinant E. coli Rosetta was used for the screening. An E. coli Rosetta strain transformed with an empty plasmid was used as the negative control (C−). (B) For VtaA5, VtaA10 and VtaA9 purified proteins were used. Pre-immune sera were used as the negative control.