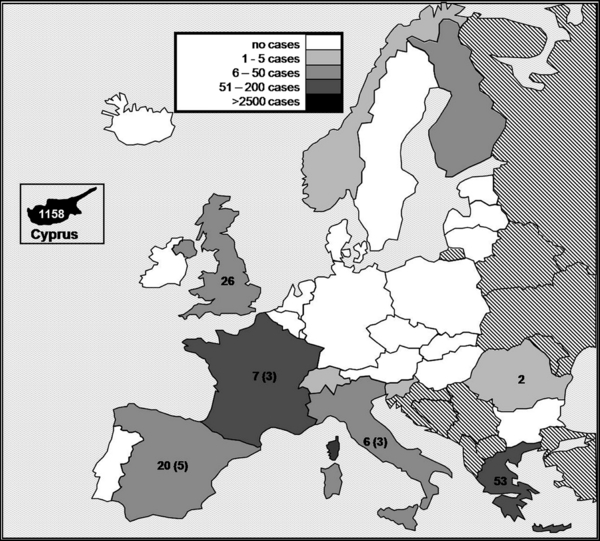 Distribution of goat scrapie cases reported in 27 EU member states, Iceland, Switzerland, and Norway during the period from 2002 to 2007. Numbers outside parentheses indicate the total goat TSE cases reported by individual EU member states in 20078, while those inside parentheses indicate the number of atypical goat scrapie cases2. Numbers are not shown for countries with no reported cases of goat TSE during 2007. The shading indicates the distribution of goat TSE cases during the period from 2002 to 2007, according to the scheme outlined in the legend.